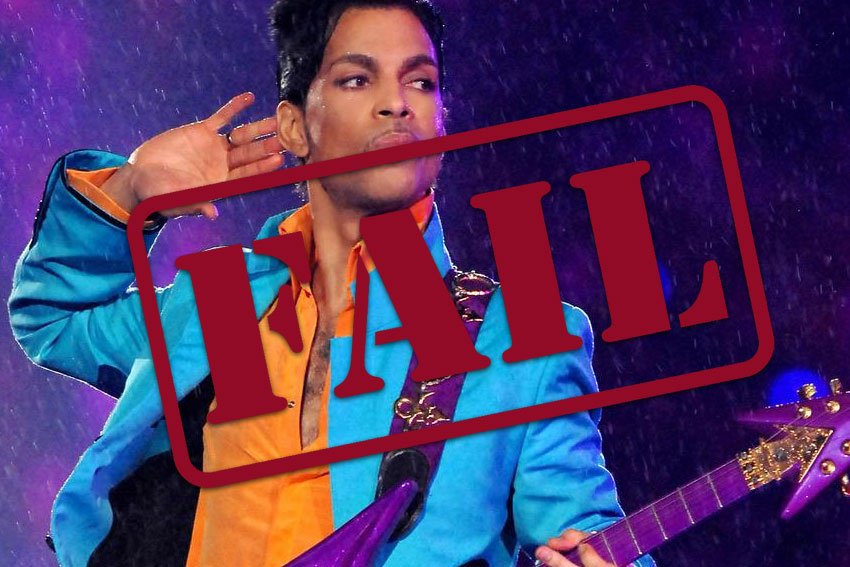 Facebook
Twitter
LinkedIn
Email
Contents show
1 Famous Celebrities Without Wills and Estate Planning!
1.1 Prince or Pauper?
1.2 Aretha Franklin had multiple Wills: Which one will be Respected?
1.3 No Will for Mrs Merton!
1.4 Gone for a Burton!
1.5 Professional Advice is key
1.6 FREE Estate Planning Advice from Redwood Financial

Prince, Aretha Franklin, Caroline Aherne and Richard Burton are just some of the many rich and famous people to have failed to do effective Estate Planning.

We all assume that those in the public eye would be the first people to seek out professional help and advice to make sure their financial planning needs are taken care of. However, for them just like many other people, writing their Wills can be a very daunting and emotional prospect, filled with legal terminology and thoughts of our own mortality.

The legal battle over Prince’s estate continues over three years after the death of the iconic musician. Now, three of his heirs have ﬁled a petition to review the billing practices of the law ﬁrm that works for Comerica Bank and Trust, Fredrikson & Byron. They were appointed to handle the administration of Prince’s estate in 2017 and are said to be draining the late musician’s bank account, leaving little to the beneﬁciaries.

Prince died on the 21st of April 2016 and they have been unable to locate a Will to date. Following his death, more than 45 people filed claims against the estate. Because no Will was found, Minnesota probate law determines Prince’s heirs. Back in 2017, a District Judge in Minnesota declared that Prince’s sister and five half-siblings were the legal heirs to the estate.

Before taxes, Prince’s estate has an estimated worth of $300 million (£220 million). The petition stated that Comerica and its legal counsel have received $5.9 million (£4.2 million), as well as $125,000 (£89,000) in monthly compensation. This brings forward the concern that “at the end of the estate’s administration, there will be little if anything left to pass on to the heirs,” as stated in the petition.

Prince’s case highlights the importance of creating a Will, as an intestate estate can lead to your assets being distributed in a way that does not reﬂect your wishes and may cause family disputes at an already difﬁcult time. It is also important to ensure that your estate is left in safe hands when the time comes. 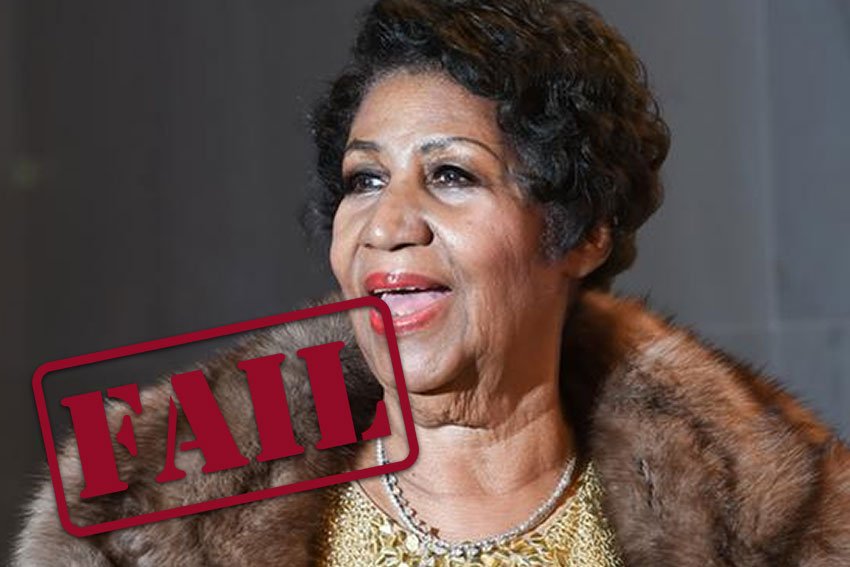 Aretha Franklin had multiple Wills: Which one will be Respected?

We have written a few blog articles about Aretha Franklin since her death in 2018. Initial reports said that she had died Intestate, without leaving a Will in place. Now comes the news that multiple Wills have been discovered, adding further complications to the division of her estate.

The Queen of Soul died at the age of 76 after an ongoing battle with pancreatic cancer. News reports later revealed that a handwritten Will has been discovered under a sofa cushion in her home in Detroit. A handwriting expert had to be brought in to examine the Will to ensure its validity.

It was originally believed that Aretha Franklin died without a Will, leaving her multimillion-pound estate to the rules of intestacy. Subsequently, three Wills have been discovered for her estate lawyers have revealed.

Two handwritten Wills, created in 2010 and found locked in a cabinet, had named Aretha’s niece, Sabrina Owens, and son Theodore White II, as Executors of her estate. Then a third Will, supposedly written in 2014, was discovered under a sofa cushion and names her son Kecalf Franklin as Executor. This Will is reportedly difficult to decipher, so it needs to be determined whether it qualifies as valid Will. The Will has words crossed out, notes in the margins and the handwriting is hard to read in places.

It is still unclear who will inherit Aretha’s £62m estate. If this latest Will is deemed to be valid, then the estate should be distributed as per the wishes set out in the Will. Alternatively, one of the other Wills may be deemed to be the most recent and valid Will. On the other hand, if it’s ruled that the singer died intestate, then under the intestacy rules set out by Michigan state law, Aretha Franklin’s four surviving children would inherit an equal split of her estate. 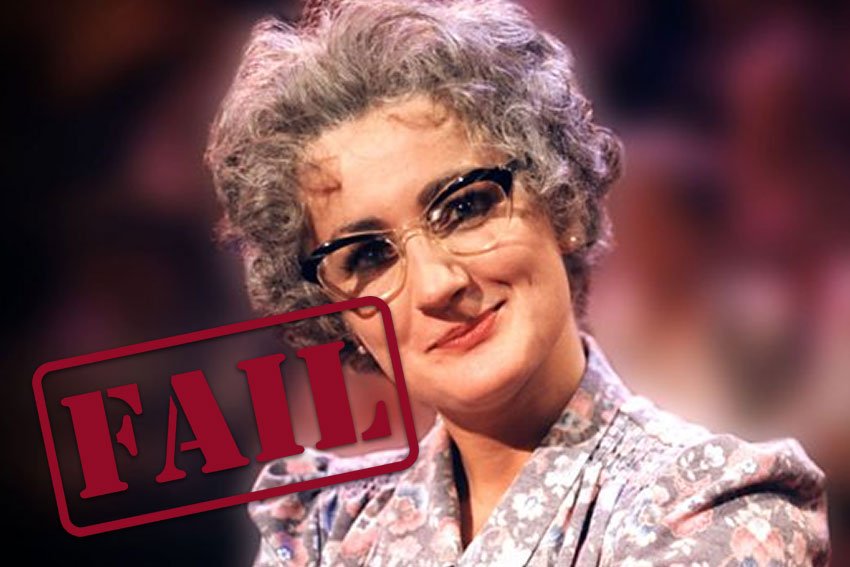 No Will for Mrs Merton!

The mother of writer, actress and comedy genius, Caroline Aherne, has endured an Inheritance Tax Bill headache, following her late daughter’s death in 2016 at the age of just 52, following a long battle with cancer.

Recently published probate records of Caroline’s Estate revealed that her grieving mother had to cope with a £71,000 bill because of her tragic loss.

Caroline, famous for her character Mrs Merton as well as playing Denise in the Royal Family, was a single woman with no children. She had made no Will when she passed away, meaning her Estate was inherited by her mother as her next of kin.

The Estate was valued at just over £500,000 and Miss Aherne being single at the time of her death, meant her Estate met the qualifying conditions of a Nil Rate Ban allowance for Inheritance tax, worth £325,000, this meant her mother would inherit the first £325,000 tax-free.

The remaining £175,000 which had been accrued entirely from her earnings, which would have already been subject to Income Tax when originally earned, was then subject to Inheritance Tax at 40%!

Unfortunately, this Tax Bill had to be settled upfront within six months of Miss Aherne passing away by her mother, who, as the next of kin had the sole responsibility of dealing with the administration of her Estate. A particularly challenging time when dealing with the grief of losing a loved and cherished daughter.

At the time of Miss Aherne’s death, her mother could have used her daughter’s business’ cash reserves of £76,000 to cover the tax demand. But this would not have been an option if the bank’s procedures were to insist on a Grant of Letters of Administration before they could release cash.

It is so sad to think that with the right Estate Planning, all of this stress could have been avoided. The death of a loved one can have a huge impact, both financially and emotionally, yet less than 50% of UK adults have a Will in place, let alone any real Estate Planning. 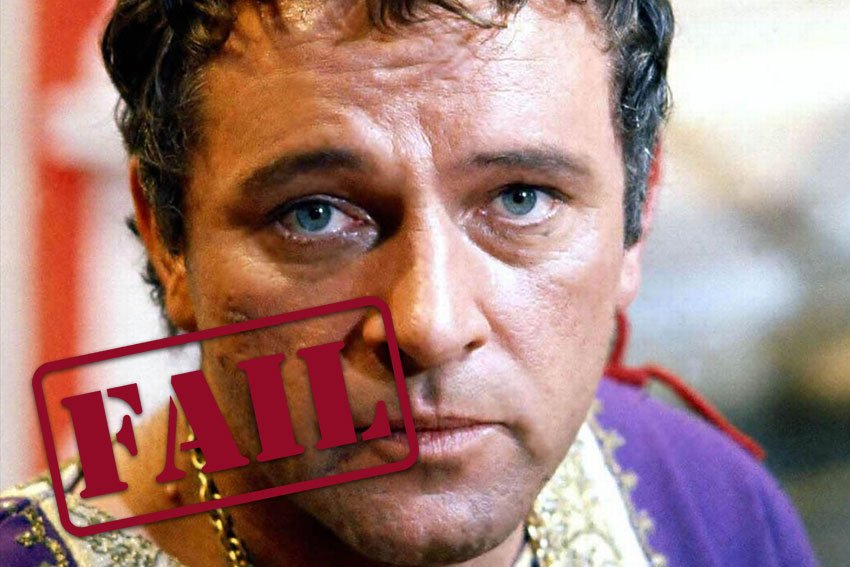 Gone for a Burton!

When Welsh actor Richard Burton died in 1984, he had made sure his beneficiaries were spared the trauma of dealing with an Intestate estate by putting a Will in place. However, not all of the advice he had been given was of the quality you would expect, especially on Inheritance Tax.

Although born in the UK, Burton had resided in the USA for 27 years and died in Geneva, Switzerland where he had taken residence for tax purposes. Upon his death, HMRC pursued a claim for Inheritance Tax, something that at first sight seems grossly unfair give that he had not lived in the UK for many years and was not a UK taxpayer.

Burton’s estate had fallen foul of the UK law on where a person’s domicile is considered to be for Inheritance taxation purposes. HMRC say that while it may not be their home, they have the intention of returning.

While Richard Burton had not lived in the UK for decades, did not own any property in the UK and was buried in Switzerland, he had during his first marriage to Elizabeth Taylor, purchased a burial plot in his home town of Pontrhydyfen in Wales.

HMRC were able to successfully argue that he was still domiciled in the UK as he had the intention of returning there, consequently reaping £2.4m in Inheritance Tax.

Had this risk been identified by an Estate Planning expert, the plot could have been disposed of and the tax liability mitigated.

The history pages are littered with people who failed to take Estate Planning seriously and will most likely to continue to be for the foreseeable future.

However, expert advice is at hand and at Redwood we pride ourselves on the multiple fortunes we have protected for families now and for generations to come, and we would love to help you too!

The best way to find out what Estate Planning solution might be best for you is to join our FREE 45 Minute Estate Planning Webinars or request a meeting through our Complimentary Will Review Service.

PrevPreviousHow to set up a trust fund for a child
NextWhat’s the benefit of having my Life Insurance Policy held in Trust?Next