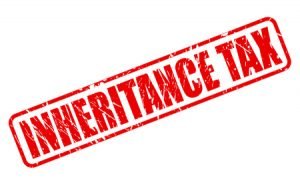 While the Government ponders inheritance tax (IHT) simplification, consider this: it’s been almost ten years since the nil rate band (NRB) was changed, staying at £325,000 since 2009.

Some would argue that if it’s not broken don’t try and fix it, which ignores the fact that we are in a very different world than 10 years ago. To state the obvious, the size of many people’s estates has grown dramatically, and – a victim of their own success – the amount of IHT being paid has substantially increased.

In fact, according to HMRC statistics, the number of people with estates worth over £1m has almost doubled in the last ten years alone, while NRB allowance continues to plod on at the same level

Where are IHT tax revenues coming from?
House price growth has perhaps been overemphasised as the source of this wealth. Even if growth slowed to zero on all forms of capital, families whose income exceeds their outgo would still be accumulating wealth. Capital growth hasn’t slowed to zero of course, and the fact that we’ve had a bull market for around a decade will only have increased wealth.

As a consequence, the Government’s revenues from IHT are predicted to grow in an almost linear fashion. Where is this growth likely to come from? Hands up those with estates worth over £1 million. According to HMRC, they already pay around three times as much IHT in total as all the estates worth under a million pounds, up from twice as much in 2009.

Why reform the system?
But isn’t more IHT a good thing? Greater revenue for the Government to go to schools, hospitals etc. Fair point, but think about this – is it right that, after working all their lives and paying taxes, taxpayers’ estates probably need to be broken up on death to pay another tax?

Or to make a perhaps more practical argument, every year the NRB allowance doesn’t increase it becomes more and more irrelevant.

What’s the answer? Indexing the NRB to inflation, as is planned to happen from April 2021, would at least be a start; better would be to link it to average estate size. Root and branch change to the entire IHT system is also feasible, even potentially desirable.

Better ways to reduce the IHT burden
IHT has a number of exemptions, perhaps the most useful being the normal expenditure exemption. This allows regular gifts to be made out of income and, provided that the gifts do not reduce the donor’s usual standard of living, there is no limit to the amount that will be immediately exempt. There is no need to wait for seven years and the amount that can be given away each year can increase as excess income increases. But what if gifts have to be made from capital, not income?

The NRB is available during lifetime, not just on death. With forward planning, it can effectively be recycled by gifting capital every seven years. Using this strategy can remove a great deal of wealth from the estate very tax efficiently. But, in an uncertain world, can taxpayers afford to give assets away?

The reality is that the market is finding workarounds to the limitations of the NRB. Trusts are a particularly common solution. Used the right way, these can often serve two masters – potentially allowing access to capital while creating a timetable to have funds outside the estate within a set period.

Redwood Financial is one of the souths leading Pensions, Wills, Trusts & Estate Planning providers and we are dedicated to helping families to grow, protect and enjoy their wealth. With our unrivalled knowledge of  Inheritance Tax Planning, Wills, Trusts and family wealth planning, we can advise on any situation. Join us at one of our Free Public Information Seminars on Wills, Trusts & Estate Planning: Book online Book Me A Place!, Call us on 01489 877 547 or Email info@redwoodfinancial.co.uk to book a FREE Initial Meeting with us to review your financial planning needs.