Pension Freedom: Successful But Be Careful 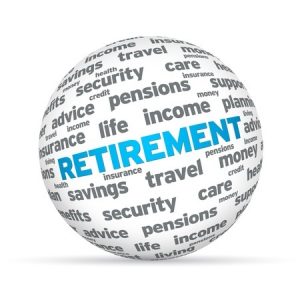 Three years ago, the Government revolutionised the retirement market by scrapping the rules that compelled many people to buy an annuity. Since then, consumers have embraced their new freedom, with twice as many people now putting their pension into drawdown, as buying annuities. However, while an increasing number of people are moving into drawdown, little is known about how it is working for the first wave of pension freedom retirees embarking on it.

A recent report published by Zurich and based on a sample of almost 750 people – is the first and largest study to explore the impact of drawdown on both the financial and emotional well-being of consumers.

Overall, the report found that drawdown has been a clear success from the point of view of consumers, who are embracing the freedom and flexibility it gives them over their pension savings. Eight in ten people, for example, would choose to put their pension into drawdown if they were making the decision again.

However, the Zurich report highlights a number of areas of potential concern that are also starting to emerge:

• First-time investor gap – the highest proportion of consumers moving into drawdown have no investment experience, yet a significant number of these individuals are not seeking either advice or guidance

• Income sustainability gap – initial evidence suggests that consumers could be making poor choices over their withdrawal strategy, taking the same level of income regardless of how the stock market has performed

• Later-life security gap – while the population in drawdown is rising, few consumers are making adequate plans for managing drawdown in old age, meaning there could be no one to manage their pension if they no longer can

The report concludes that the need for financial advice and guidance is greater than ever and, as we find in this report, will increase as the population in drawdown grows and ages. Understanding what more can be done to encourage consumers to seek advice or guidance is crucial to helping retirees secure a decent, lifelong income.

Redwood Financial is one of the souths leading Pension Planning, Wills, Trusts & Estate Planning providers and we are dedicated to helping families to grow, protect and enjoy their wealth. With our unrivalled knowledge of financial wealth planning, we can advise on any situation. Call us on 01489877 547 or Email info@redwoodfinancial.co.uk to book a no obligation Initial Meeting with us to review your financial planning needs.

PrevPreviousAre You An Idle Saver?
NextPension Tax to Fund NHSNext