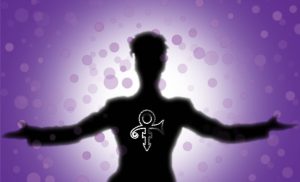 The legal battle over Prince’s estate continues over two years after the death of the iconic musician. Now, three of his heirs have ﬁled a petition to review the billing practices of the law ﬁrm that works for Comerica Bank and Trust, Fredrikson & Byron. They were appointed to handle the administration of Prince’s estate in 2017 and are said to be draining the late musician’s bank account, leaving little to the beneﬁciaries.

Prince died on the 21st of April 2016 and they have been unable to locate a Will to date. Following his death, more than 45 people filed claims against the estate. Because no Will was found, Minnesota probate law determines Prince’s heirs. Back in 2017, a District Judge in Minnesota declared that Prince’s sister and five half-siblings were the legal heirs to the estate.

Before taxes, Prince’s estate has an estimated worth of $200 million (£153 million). The petition stated that Comerica and its legal counsel have received $5.9 million (£4.2 million), as well as $125,000 (£89,000) in monthly compensation. This brings forward the concern that “at the end of the estate’s administration, there will be little if anything left to pass on to the heirs,” as stated in the petition.

The court document asks Judge Kevin Eide to end the staggering monthly payments and orders that any excess amounts paid to be returned to the estate.

This is not the first time that a petition has been filed against the law firm in regards to Prince’s estate. In December 2017, Judge Eide rejected a motion to remove the administrator, Comerica, over allegations of mismanaged money. As a result, the estate received a bill of $148,540 (£105,780) from Comerica ﬁghting its removal.

The current petition questions the law ﬁrm’s billing practices as there are numerous entries for small amounts, that add up to a substantial sum, spread over a variety of different matters. Making it difﬁcult for the family and beneﬁciaries to see that Comerica’s management is beneﬁting the estate at hand. The family’s wish is now for the estate administration process to come to a cost-effective and efficient end.

Prince’s case highlights the importance of creating a Will, as an intestate estate can lead to your assets being distributed in a way that does not reﬂect your wishes and may cause family disputes at an already difﬁcult time. It is also important to ensure that your estate is left in safe hands when the time comes.

To find out more about how Redwood can help you to protect your legacy, come along to one of our FREE Public Seminars on Wills, Trusts & Estate Planning. Our next Seminar 17th July at The Langstone Hotel, Hayling Island. Book online at Book Me A Place!: call us on 01489877 547 or Email info@redwoodfinancial.co.uk.

PrevPreviousDo you know your role and responsibilities as an Executor?
NextThe Windfall GenerationNext