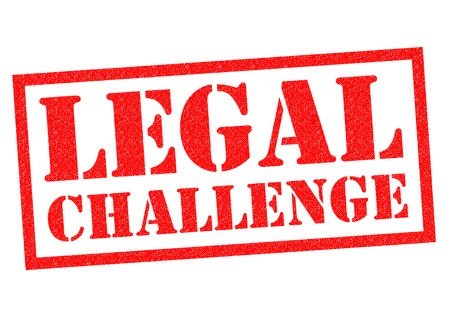 A British man who had been living in Spain with his second wife since 2012 and who was repatriated to the UK by his family in 2019, following his health deterioration from Parkinson’s disease and dementia, is at the centre of a High Court ruling this month.

The incapacitate man was brought back by his adult children without the knowledge or consent of his wife. The children argue that their actions were done out of necessity as they believed the wife was neglecting his care needs. His wife maintains that Spanish law holds precedence given that it was her husband’s habitual residence until recently.

On a scheduled visit to England in July 2018 and March 2019, the man’s children executed a Property and Finance Lasting Power of Attorney in their favour. His wife also told the court that a proposed gift of a second Spanish property from her husband to his two children has also without her knowledge or consent.

The children subsequently sought a range of welfare orders concerning their father; including that he reside at a care home in England, that he not return to Spain, and that he have only supervised contact with his wife. The application was opposed by his wife, who questioned whether the court has jurisdiction to determine the application or whether the proceedings should be stayed pending transfer to Spain.

On the basis of the evidence, the honourable Mr Justice Cobb decreed that the man remains habitually resident in Spain, declining the primary jurisdiction in accordance with the provisions of Schedule 3 of the MCA 2005. All final decisions will need to yield to the Spanish court.

The decision was reached based on the fact that the man considered Spain to be his permanent home, he had lived there for many years, he received health care from Spanish hospitals and it is the habitual residence of his wife, who had also made provisions and arrangements for regular care to be provided in Spain weeks before he was flown to England.

The judge’s decision was also influenced by the covert and ‘stealth’ like way the children brought their father back to England which did not seem to satisfy the ‘doctrine of necessity’.

A ‘protective measure’ has been made which provides for the man to remain in his current English care facility until the Spanish courts determine what should happen next, A further hearing has been scheduled for 31st January 2020

Redwood Financial is one of the south’s leading Investments, Pensions,Wills, Trusts & Estate Planning providers and we are dedicated to helping families to grow, protect and enjoy their wealth. With our unrivalled knowledge of Estate Planning, Lasting Powers of Attorney, Probate, Pensions, Savings & Investments, we can advise on any situation. Come along to one of our FREE Public Seminars on Wills, Trusts & Estate Planning. Book online at Book Me A Place!: call us on 01489877 547 or Email info@redwoodfinancial.co.uk.

PrevPreviousSalvation at Christmas!
NextDon’t Miss out on your 2019/20 Tax Allowances!Next