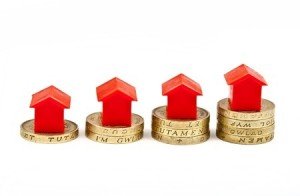 An article published on Today’s Wills & Trusts website, recent research has revealed that 34% of those aged between 25 and 45 are counting on an inheritance to help them out financially in later life.

According to a new report by Sanlam UK, almost two-thirds (64%) of this age group are anticipating that they will receive an inheritance from their parents or grandparents, with just under half of this proportion (29%) expecting a minimum of £50,000 in money or fixed assets.

Entitled ‘The Generation Game, the report looks at the intergenerational wealth transfer expected to take place in the UK over the next 30 years. It comprises research of three different cohorts: over-55s with investable assets of £100,000 who are leaving their children and grandchildren inheritance; people aged between 25-45 who are expecting to receive at least £50,000 in inheritance; and 200 UK-based independent financial advisers.

Whilst 34% of the 25-45 year old sample claim that they are relying on inheritance for later-life funding, an additional 31% admitted that in the knowledge of this windfall, they have been put off saving so they can “live in the now”.

The report also highlighted the struggles faced by the under 45s where financial planning in the long term is concerned, with 40% of this demographic with less than £10,000 in savings. Just under a quarter (24%) claimed that they didn’t know the value of their pension pot.

This lack of preparation isn’t going unnoticed by the older generations, with 61% of over 55’s stating that they didn’t think the younger generations were getting sufficient financial advice, and 40% worried about how their inheritance would be spent.

The research also showed that whilst the majority (59%) of inheritance donors would like their child to see a financial adviser, just 9% have actually discussed it.

It appeared to be a similar story for an inheritance; just under four in 10 (38%) of the 25-45 group due to receive a substantial inheritance have not spoken to their donor regarding plans for the money.

In relation to these issues, the report highlights the lack of communication and cultural taboo surrounding wealth transfer – factors which could lead to the younger generations facing severe difficulties where their later life finances are concerned.

It suggests that the wealth management industry could help to facilitate these initial conversations, as well as take steps to ensure that older clients are communicating with the younger generations. Further, the report goes on to state that the industry could deliver expertise to assist both generations in preparing well in advance so their financial aspirations are managed and met.

At Redwood Financial we always encourage our Clients to involve their beneficiaries in the process of Estate Planning right from the start, as well as recommending they appoint their beneficiaries as the Executors of their Estate. To find out more about how Redwood can help you to protect your legacy, come along to one of our FREE Public Seminars on Wills, Trusts & Estate Planning. Our next Seminar 17th July at The Langstone Hotel, Hayling Island. Book online at Book Me A Place!: call us on 01489877 547 or Email info@redwoodfinancial.co.uk.

PrevPreviousPrince or Pauper?
NextEquitable Life to transfer to Reliance LifeNext