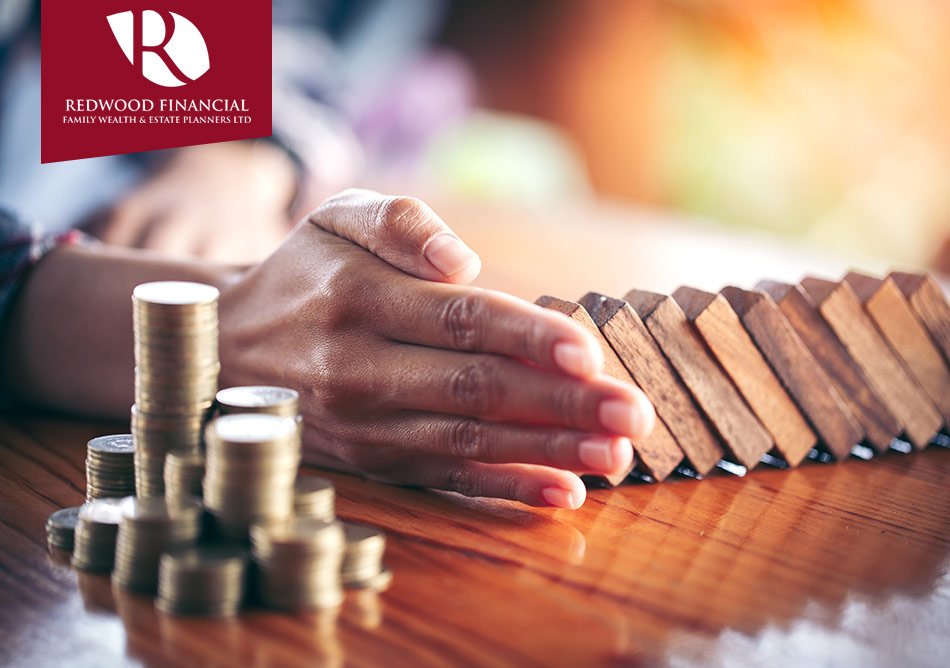 In 2010, the then UK Conservative/Liberal Democrat Coalition Government, led by David Cameron, introduced the concept of a Triple Lock to the UK State Pension, which guaranteed that it would not lose value in real terms and that it would, as a minimum, increase in line with inflation.

Why has the State Pension Triple Lock been suspended?

The Conservative Party 2019 election manifesto commitment stated its intention to retain the Triple Lock for the duration of the next Parliament. However, this commitment ended in September 2021 due to the Covid-19 Pandemic.

Average earnings fell considerably with so many people placed on Furlough during the pandemic. Conversely, as the restrictions lifted, the economy started to grow rapidly, and people returned to full pay; average earnings growth was estimated to be 8% from May to July 2021. Under the Triple Lock rules, the State Pension would need to rise by a similar amount.

This anomaly is considered a short term effect as we come out of the pandemic. Non the less, funding such an increase based on average earnings was seen as too expensive given the financial investment needed to support the early recovery of the economy and disproportionate to longer-term wage increase forecasts.

Therefore, the Triple Lock was temporarily suspended from September 2021 until 2023 and will be restored by 2024. In the interim, the State Pension will be determined by the principle of a Double Lock, using either the inflation rate or 2.5%.

What does the Triple Lock State Pension mean?

The ‘Triple Lock’ is a safeguard that currently applies to the UK State Pension to ensure that State Pensions don’t lose value because of inflation. However, recently there have been calls to scrap or modify the Triple Lock in the wake of the Coronavirus outbreak, amid fears that it could become too expensive to maintain.

Here in this FAQ video Jasmine Lambert, our Managing Director and Chartered Senior Financial Planner explains what the UK Triple Lock on State Pensions is and why it is so important.

How does the Triple Lock State Pension affect me?

Suppose you are currently receiving State Pension payments or about to reach the State Pension Age. In that case, the Triple Lock ensures that (for as long as all three guarantees remain in place) your spending power will not diminish throughout your Retirement. In addition, should inflation drop below 2.5 per cent, you will receive a State Pension increases ahead of inflation.

What will the future of the Triple Lock State Pensions look like?

The Government has stated its intent to reinstate the Triple Lock State Pension in 2024. However, with the 2022 – 2023 fiscal year rise based on an inflation-linked increase already set at 3.1%, there is already concern that it will be out-paced by a steep rise of up to 7% in inflation.

Continued pressures on energy prices driven by the war in Ukraine, coupled with global economies accelerating out of the effects of the turndown in the previous two years as a result of the pandemic, are likely to mean higher inflation and increased living costs for a while to come yet.

While the Pension Triple Lock principles seem reasonable and valid, there are those who argue that the Triple Lock also creates intergenerational unfairness.

Typically, the policy has led to above inflation Pension increases each year, and this compounds over time. By contrast, Government projects suggest that benefits paid out to working-age people have increased at a slower pace and are forecast to rise by 0.2% over the next year.

With every household experiencing significant increases in their cost of living expenditure, critics of the Pension Triple Lock argue that the younger generation should not subsidise the income of older people.

The concern is that the Government will find itself in a position where reinstating the Pension Triple Lock is unaffordable in its current form and look to extend its suspension, or worse still, scrap it altogether.

What are the historical Triple Lock rates?

Below are the previous Triple Lock Pension rates applied under the policy:

What is the current Triple Lock rate?

For the financial year 2022/23, the Double Lock has been applied, meaning a 3.1% increase will be applied to the State Pension, increasing Pension payments to :

You will only receive this if you reached the State Pension Age after April 2016 and have 35 qualifying years on your National Insurance Record.

What if the Triple Lock Pension scheme is removed?

Successive governments have found the Triple Lock Pension policy to be burdensome, as it has proved costly for the taxpayer. As a result, the Government has considered modifying the Triple Lock on numerous occasions, with proposals to replace it with a less onerous policy such as the Double Lock, based on the higher of either the increases in average wage growth or CPI. However, to date, this has proved unpopular with voters.

The current Conservative Government has a sizeable majority, which it could choose to utilise to push through changes or even the scrapping of the current scheme before the next election in 2024.

The COVID-19 pandemic has created an added complication. The crisis has been extremely expensive and will take many years to pay back, with increased taxation already introduced to help fund it, along with a new health and social care package being financed by an increase in National Insurance contributions. All of this is against a backdrop of increasing cost of living commitments for households, rising interest rates and an artificial drop in UK wages. The result could mean that the State Pension payments end up growing far faster than wages, which could be difficult for the Government to justify.

How can I protect myself from future changes to the Triple Lock Pension scheme?

The Triple Lock is a generous benefit. However, the State Pension alone is not enough to fund a comfortable lifestyle in Retirement and is better viewed as a supplement to your State Pension payments. The good news is, if you are not yet drawing your State Pension and you are still working, there are other ways to increase your retirement income.

Look at your employer’s Auto-Enrolment Scheme

Originally introduced under the Pensions Act 2008, Auto Enrolment began taking place within larger organisations in 2012. There were various phased staging dates, with all workers being automatically enrolled in an employer workplace pensions by February 2018.

All employers must provide a workplace Pension Scheme. This is called ‘Automatic Enrolment‘.

Your employer must automatically enrol you into a Pension Scheme and make contributions to your Pension if all of the following apply:

You may find that your employer’s scheme allows you to contribute additional money to your Pension Pot, and some employers will even match the amount you put in. This can be an excellent way for future pensioners to grow their retirement income.

Set up a Private Pension, Savings or Investment Plan

Too many people in the UK don’t have a Pension Pot that will allow them to make the retirement choices they want or to live the lifestyle they had aspired to for their later years. However, there is are a broad range of options to increase your Pension Pot through Private Pensions or Savings & Investment Plans.

Our Top Tips to Help You Increase Your Pension is a great place to start exploring the potential options open to you.

We would always recommend that you seek advice from a Financial Adviser before embarking on any Retirement, Savings or Investment Planning. Redwood’s Advisers are authorised to give you advice and recommend suitable Pension products and Investment options that best meet your specific needs.

“A goal without a plan is just a wish.” (Antoine de Saint-Exupery, French Author & Philosopher).

If you don’t have by Pension right now, take action!

If you have one but would like to understand what it is worth and how to make it even better, take action now!

A great place to start our FREE Pension Planning Webinar: Roadmap to Retirement.

In this FREE Pension Planning Webinar, you will learn:

For more information about our Pension Advisory Service, visit our website.

Will the State Pension be scrapped in the UK?

While the total abolition of the State Pension is most unlikely in the foreseeable future, its overall value to the recipient is likely to keep falling as it fails to keep pace with average earnings and wage growth.

It is best seen as a supplement payment to an alternative retirement income plan you put in place, either yourself or through an employer’s scheme.

Do I get my partner’s State Pension when they die?

You should contact the Government Pensions Service to determine what you are entitled to claim.

Do beneficiaries pay tax on a Pension?

Anyone who inherits your Pension will be taxed on any income received as earnings at their marginal rate of Income Tax, provided you have died after the age of 75.

Your beneficiaries can choose to take money out through a Pension Drawdown, also known as a Flexible Retirement Income. This means that they will only be taxed on any income they take in the tax year that they take it.

No lifetime allowance tests are carried out if you die after age 75.

How sustainable the Triple Lock policy is, remains to be seen. The mounting financial pressures on the younger generations may force the Government to change its approach so that less of the cost burden for the old falls on the shoulders of younger people. It will be a difficult balancing act given the rising levels of life expectancy and an increasing population reaching the State Pension age.

We have already seen with Auto-Enrollment into Pensions, that the Government is shifting more and more emphasis onto people taking personal responsibility for saving towards their retirement.

The earlier you can start this process the better. It sounds simplistic but some of the best Pension savings are those made over a long period of time, allowing your retirement savings to grow and continue to benefit from exponential growth as they earn additional annual growth on the benefits gained the year before.